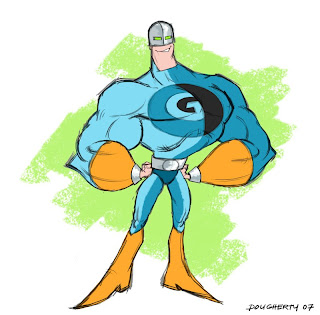 THE CONTEST IS NOT JUDGED ANONYMOUSLY. A COINCIDENCE? I SAY NOT.
But we who were once jealous of Jacob Appel now know him as a prince. He came around here to talk to us, and he is a genuinely humble dude. (Yes, totally annoying that he keeps winning, while we keep losing.  But good guy nonetheless.)
Posted by Writer, Rejected at 8:01 AM

But how much did this individual pay as an entry fee to enter a contest that he or she knew wasn't being judged anonymously? Don't the "writer beware" type sites urge people to balance issues like the perceived integrity of the contest against paying an entry fee? Indeed, don't such sites basically stress that money normally should flow toward the writer, and that fees the writer pays should be looked on as something of a scam?

I'm not sure why this subject comes up here now and then.

There are a lot of legit contests from legit institutions that require a fee. It's part of the deal if you want to win, say a Missouri Review Fiction Award for your resume, and have your story published in the lit mag. The point here is that it's not usually just one guy who rakes in the dough and judges the contest, as it is with NMW. That does seem suspicious.

What I ***intensely dislike*** is the short-short (flash) fiction winner, "Winter Oranges." First off, the title gives the whole damn thing away. Second, it's too compressed to make any but the one point, and boy oh boy does it tie everything up in a neat, sledgehammer-shaped bow at the end. HATE IT. (Apologies to the actual person who actually wrote the piece I actually hate that much.)

By the way, a "vigorously punctuated email arrived via email"??