NYTimes: "No Thanks, Mr. Nabokov" 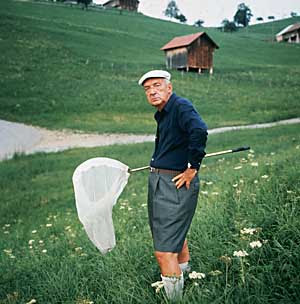 A whole essay in the New York Times Book Review Section by David Oshinsky on the self-same topic as my blog (minus the personal collection of rejections, of course)? I must be dreaming.
Oshinksy opens with: "In the summer of 1950, Alfred A. Knopf Inc. turned down the English-language rights to a Dutch manuscript after receiving a particularly harsh reader’s report. The work was “very dull,” the reader insisted, “a dreary record of typical family bickering, petty annoyances and adolescent emotions.” Sales would be small because the main characters were neither familiar to Americans nor especially appealing. “Even if the work had come to light five years ago, when the subject was timely,” the reader wrote, “I don’t see that there would have been a chance for it.”

Knopf wasn’t alone. “The Diary of a Young Girl,” by Anne Frank, would be rejected by 15 others before Doubleday published it in 1952. More than 30 million copies are currently in print, making it one of the best-selling books in history....
....scholars trolling through the Knopf archive have been struck by the number of reader’s reports that badly missed the mark, especially where new talent was concerned. The rejection files, which run from the 1940s through the 1970s, include dismissive verdicts on the likes of Jorge Luis Borges (“utterly untranslatable”), Isaac Bashevis Singer (“It’s Poland and the rich Jews again”), Anaïs Nin (“There is no commercial advantage in acquiring her, and, in my opinion, no artistic”), Sylvia Plath (“There certainly isn’t enough genuine talent for us to take notice”) and Jack Kerouac (“His frenetic and scrambling prose perfectly express the feverish travels of the Beat Generation. But is that enough? I don’t think so”). In a two-year stretch beginning in 1955, Knopf turned down manuscripts by Jean-Paul Sartre, Mordecai Richler, and the historians A. J. P. Taylor and Barbara Tuchman, not to mention Vladimir Nabokov’s “Lolita” (too racy) and James Baldwin’s “Giovanni’s Room” (“hopelessly bad”). "

Ah, the giddy delight of seeing those stupid rejection comments going down in literary history. Should make editors/agents think twice about those "wish I were in love with your manuscript" comments they throw at us like bones. I like the pared down, dignified, rejection-letters ideas in your previous post. It takes a writer to tell an editor how to write a proper rejection letter.

I changed my mind about their being idiots because these little rejection notes Oshinsky points to are so telling of how much the whole thing ends up being about what will sell. In this light, you (the writer) are only as good as the buzz that you might be able to whip up (or cause to be whipped up) about yourself (buzz leading to sales, presumably). This is why Oprah is so important, isn't it? Let this be a lesson to all of us, I guess...

The interesting thing is that, for all their experience, publishers don't always have good innate taste.