Publish Your Rejections in This Book 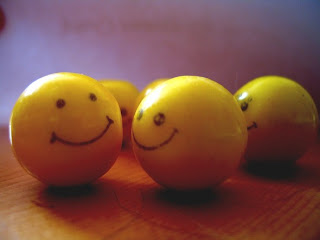 I've been corresponding with this dude who is writing a book about rejections entitled, Other People's Rejection Letters.  Random House will be publishing it. Below is the guy's notice and call for submissions.  I urge you to send him your most important, embarrassing, interesting, humiliating, glamorous rejections.  It will make you happy to be published at long last by Random House. Most certainly, I'm sending him some of mine.

Project Description
Last year, I published a book called Other People's Love Letters (Oprah's magazine said it was "addictive," Esquire described it as "painfully entertaining," a woman on barnesandnoble.com called it "crap"). Now, I'm working on a similar book about rejection letters featuring reproductions of all kinds of rejection letters... and I'm hoping you might have one or two (tucked back there in the closet) that you'd be willing to share.

Whether typed form letters or handwritten in a fit of rage, whether sent by
text message or scrawled in crayon, any kind of rejection is fair game: You
didn't get the job or the loan or the membership; you're not the right fit
for our dentistry school; you're my son but I never want to see you again;
your restaurant failed its health inspection; your parole has been denied;
we had a good time together but you cheated on me so this is goodbye.

Don't worry, I can digitally black-out any names so that you won't be
identifiable; if you or your company has sent out rejection letters that
you'd consider sharing, I'll digitally remove the recipient's name from the
letter.

The book's premise is that nearly everyone, no matter their age, upbringing,
intelligence, or ability, has been rejected somewhere along the road,
sometimes brutally. While each letter may have stung the person who received
it, taken together they have the potential to soothe. And entertain.

If you have questions, email me (1000rejectionletters@gmail.com). If the rejection is an email, you can send it to that address. If you have a letter, you can either send it to me or scan it (600 dpi, por favor) and then email it.

Bill Shapiro
Email: 1000rejectionletters@gmail.com
In the meantime, happy Thanksgiving to you and yours (and to Rosemary Ahern, who should come back to the industry and publish me....please).  I'll be offline until Monday because I've got stuff to do, including stuffing the bird, whom my family has named Tina, which ultimately I think is a mistake.  Anonymous is better, IMHO.
Posted by Writer, Rejected at 2:46 PM

Being rejected from the rejection book would be a real coup!

Why aren't YOU publishing a rejection collection, WR? Something catchy like "My rejections. And those of others."

You can't publish someone else's words without their permission.

How does this Shapiro guy do it? Chutzpah, sure. But what legal backing? And why such an incredible Double Standard?

(If you published the Shapiro family's words, without their permission, I bet you'd have them calling you nasty names and getting their lawyer in line.)

Oh and Random House is paying HOW MUCH for each contributor to this anthology?

Or wait what was that Shapiro gets all the money???!?

Apparently he gets permissions from everyone.

Including the publishers who send and write the rejections? I don't think so. Gerard Jones was publishing all his rejections on everyonewhosanyone.com, and he apparently ran into trouble doing that. How does Shapiro avoid it?

I thought very, very briefly about sending some juicy ones but soon enough realized I'd be donating the material, with maybe a mention in the acknowledgements.

Well, you have to be in the spirit of helping folks overcome rejection, I guess. He definitely has to get permissions, and I'm sure a ton of people turn him down, but I'm sure a few are also game. What's the big deal, really?

Hi. This is the Shapiro guy. Thanks for your notes. I do, in fact, get permission from everyone whose letter appears in the book--that includes publishers, writers, agents, angry mothers, schools, Fortune 500 companies, my girlfriend from when I was 14, the San Francisco Giants, Baskin-Robbins, etc. It's a lot of work but I don't want to use someone's words without their permission. As for being acknowledged in the book: if you want to be credited in the book, you definitely will be. (I certainly plan on thanking LROD in a big, fat way.) If you have any questions or concerns, just drop me a line. Thanks, bill