That's A Lot of Math 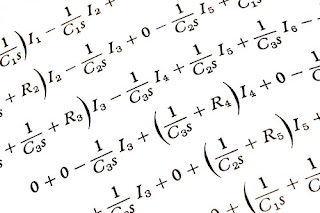 Some numbers from the mailbox last night:
W,R: You ask whether any of the advances in the palin-seinfeld-silverman crop of celeb books'll earn out. There's a (hypothetical but educated) breakdown of the finances in the seinfeld deal here. He talks about some of the other financial stuff in the deal too, but I'll quote the part dealing specifically with whether the advance'll earn out:

"So let's say, using Moonrat's numbers, that Jerry Seinfeld's Book is published in hardcover in mid-2009 at $24.95, with a 15% flat royalty rate. (The latter won't be true, but it helps to simplify things, and will get us into the right ballpark.) And let's say that Jerry Seinfeld's Book sells a million copies, which is what the book by his missuz, Jessica (Deceptively Delicious) sold last year. I'm assuming a large part of the interest in Deceptively was because she was Mrs. Seinfeld.

Seinfeld will do a lot of media to promote a new book; he can get on any late-night or morning show pretty much by asking, and on nearly anything else almost as easily. (Publishers kill for authors with that kind of platform.)

With those assumptions, we've got $3,724,500 in earned royalties for the hardcover. That's a nice pile of change, but it's only about half of the rumored advance.

But, wait! We're assuming this is a hard-soft deal. (Hardcover-only deals have mostly gone the way of the dodo; you're not going to see them from a big New York house, if you see them anywhere.) So let's say there's a trade paperback of Jerry Seinfeld's Book in mid-2010, priced at $15.00 and with a 15% flat royalty rate as well (we're assuming the publisher throws this in -- it's pretty generous -- to help make the deal with Seinfeld and his agent), which sells about two million copies.

That's an additional $4,500,000 in earned royalties for the paperback, pushing the total earned to $8,224,500. (And that's actually above the numbers quoted -- probably because I'm using very rosy sales assumptions, but so will the publishers running P&Ls to justify buying this.)

And there will be a mass-market edition as well: let's assume that comes along in mid-2011, priced at $8.99, with a flat 10% royalty rate. I'm assuming that mass-market distribution hasn't completely collapsed by then -- which may be an unwarranted assumption -- so let's let that chill our numbers a bit, and only assume another million copies sold.

Voila! Jerry Seinfeld's Book more than earns out, in three editions. Using more pessimistic assumptions -- for a book at this level, most publishers do several P&L scenarios -- with sales at only about two-thirds of what I originally estimated, it would still earn over six million."

Anyway you might wanna have a look at the rest. You'll find it interesting. And by "interesting," I mean disgusting.

In fact I do find it interesting/disgusting.  Thanks for the opportunity to feel both.
Posted by Writer, Rejected at 7:19 AM

And this makes a good point: celebrity "writers" bring in money that helps support everyone else.

Without the cash cows, the rest of us wouldn't get anything... sad but true.

Oh please! That's hardly enough profit for the fat cats to spread around! The point is they don't use their profits to publish the stuff they really believe in because they are pressured to publish blockbuster crap about famous people in order to stay afloat. It's a sad, sad business.

Well, yeah! But great books *do* get published. Maybe not enough of them. But damn, I can't keep up. The pile next to my bed never goes down.

There are a lot of things that make my life as a struggling, scrabbling, failing writer difficult, but frankly, Jerry Seinfeld's book deal ain't one of them.

here here! fluffy books that bring in money for the publishers DO help real writers. rmellis is absolutely right.

Seriously, you guys? The business is tanking. Good books are pushed aside. The culture is celebrity crazed. People are greedy. Let's say these books do make money (and frankly who now in his or her right mind is going to buy a book about Jerry Seinfeld?), but let's just pretend. Do you think the money is going to be shuffled aside to invest in your good book? Or in your best friend brilliant writer's brilliant first novel? I think not.

I used to think the same thing about literary agents: they took on sure-thing trash books so they could groom the writers they think are really important. I guess I'm just cynical. I don't really see it happening any more. Now it's mostly all trash books, save for a very precious few.

wait I'm confused...why are you concentrating on whether seinfeld's advance will earn out? the interesting question is whether or not the publishing house is making a wise investment. How much money will the publishing house make off this book if the numbers work out this way?

A non-celebrity acquaintance of mine sold a proposal for his unwritten memoir a while ago for $700,000 and I thought, "How does the publishing house possibly make that money back? Let alone make a profit! How many copies will they have to sell to break even as a company?)

It made me realize how little I understand about these things. Can anyone enlighten me?

WR, Check this out:
http://www.forgodot.com/2008/10/issue-1-release-announcement.html

No one's running an industry on quirky-but-brilliant literary fiction. So, YEAH, if Jerry Seinfeld's book makes a profit, that money will go to offset all the money the publisher lost on books like mine. Personally, if I were running a publishing house, I'd want to cap advances at a million or so -- and then I'd lose all the famous people to other houses. And I wouldn't care, and I'd go out of business, and I'd be right here posting on literary blogs.

You really want to know what's on my table? You asked for it:

The Nightingales of Troy, by Alice Fulton; The Mystery Guest, by Gregoire Bouillier; Big Cats, by Holiday Reinhorn; Then We Came to the End, by Joshua Ferris; Out Stealing Horses, by Per Petterson; Lark and Termite, by Jayne Anne Phillips(ARC); Human Smoke, by Nicholson Baker; a Dorothy Sayers collection; and teetering on top, A Stab in the Dark, by Lawrence Block.

And on my mental shelf (haven't acquired the books yet): The Waves, by Samantha Hunt; and The Good Thief by Hannah Tinti.

Most of you are too generous. These recent celeb book deals have me ready to erupt. I'm not exactly a brand-name author, but I have a decent publishing track record along with a few unpublished collections of darkly humorous essays. My agent tells me he loves my work, but that he sees the essays as a difficult sell in this climate. He's not even trying. Now I know why. If you want people to read your essays, you have to be a CELEBRITY.

I'm still trying to figure out how celebrities gained stature as humorous essayists. You can bet this phenomenon would have come as a surprise to H. L. Mencken and E. B. White. Next thing you know, celebrities will be writing children's books and fitness manuals. Oh, right, they already are.

Seriously, this is an ominous and exasperating trend for anyone trying to break into the big time. Tina Fey's $6 mil deal, for example, could have nourished the finances (and morale) of 100-300 struggling authors. Now that we see how the game is played, our chances seem more remote than ever.