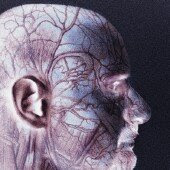 Since we've been on the topic of gimmicks and condescending editorial processes that should remain private, an anonymous reader sent this report in from the front. Looks like Howard Junker at Zyzzyva is at it again; this time, he is interested in fiction with a hook. Here are excerpts from the story, according to our anonymous spy:

"Bruce's "intended" canceled at the last minute due to Bruce's parental disapproval. Bruce decided to take the vacation by himself. He had made the reservation and could not get his money back. Besides, he thought to himself, I need a rest from my father's bank--where I work."

"He went into the house, put down his squash racket. Dressed in his white trousers with his white corded sweater and threw his strong arm around his mother. (sic)
"Hello, Mom."
He hugger her (sic). His mother seemed tall with a good tan."

"Bruce's parents were worried when they heard he met Butch. They were pleasantly surprised out (sic) was an attractive girl. They blessed the union and Bruce became the president of the bank (sic--no ending period)"

The submitter of this tidbit goes on to say: "The story goes on this way, awfully, for a few pages. Then Howard Junker puts in the footnote: RCD had a stroke but continues to write; this story is presented as submitted. He already "ages" rejections. After publishing this, in this form, I don't know how much more condescending he can get."
Posted by Writer, Rejected at 9:00 AM

Seems like he should have edited the guys work, the way you'd edit anyone's work: disability or no disability.

Seems like he should have edited the guys work, the way you'd edit anyone's work: disability or no disability.

I don't want a piece of this Junker junket - but to close on the missives re Waldo world: it's said there is no bad publicity; if that's true, Waldo is wallowing in it. From LROD to Ward Six to, most surprisingly, Boston Manners (http://www.boston.com/bostonglobe/magazine/missconduct/2008/05/writers_blogs_e.html)- a must read. When southern breach of etiquette meets Boston manners you know you've awoken some sleeping bees. I close the chapter with this final concern (particularly where fees are concerned): It's clear VQR rejects as a practical matter virtually all that is submitted unsolicited. Why then don't they save everyone a lot of trouble and indicate "no unsolictied submissions." Because then the intern readers would have nothing to do? I appreciate Mr. Dave Clapper's clarifications regarding the editorial difficulties of finding quality slush vs. calling for something new from someone an editor may have experience with. It's only a problem if there's not full disclosure from a publication regarding what they really do with their slush pile and the true lives of published sumissions. At the same time, I agree with what's been said - well, that might be summed: writer beware! It's not VQR's job to teach (even if there's a service opportunity there). Finally, there's only one answer for any writer: to your own self be true, and even then with the caveat (regarding finding print anywhere) careful what you wish for.

Actually, about this Junker story -- I think it has a kind of odd brilliance: "He hugger her. His mother seemed tall with a good tan." They're such weird sentences -- like Gertrude Stein, they break apart normal syntax and show the seams of the language. Editing is beside the point.

They would never do this because it's not fashionable to flaunt elitism. You have to pretend to be all for the lower classes and open to everybody.

VQR has fallen so low in my estimation now that it's off the scale.

Worst thing about the whole flak, to me, is that these readers actually took the time to make these comments and then they withheld them from the writers. VQR is so spineless. To think that it's the same publication that used to publish great American writers. MFA-less ones who were unconnected to universities, too. Ted Genoways is all about image, and yes I'm sure he's loving the attention this is bringing him and his troupe. But there's no denying that the mag itself is not the serious bastion of literature it used to be. It's like everything else today: the brand name and logo may remain, but that's all. Everything else is gone.

He has a Blogger account. He's been directed this page. He knows we're talking about him. But silence.

Thanks for hungering for a response from me.

Actually, I was not alerted to your post until I did my usual Technorati search of blog mentions.

I admire Coleman's courage and tenacity. Although his mind has been struck a grievous blow, he soldiers on. He continues to publish—some six or seven stories in the past year. Other editors obviously like his stuff, although I don't know whether they edit it or not.