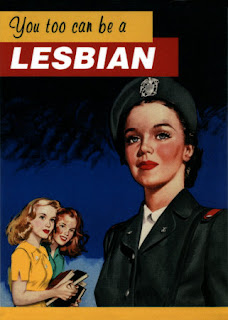 An anonymous reader sends in this juicy tidbit, an errant email, which was supposed to be sent from one editor to another at a literary magazine where her story was under consideration. The misguided message was sent to the writer instead.  It said:
Dear Straight Male Editorial Colleague:
I liked this story a lot when I first read it, but I'm afraid all the lesbian talk just got me excited. I'm interested to on your thoughts about the piece. Is there anything here?
Signed, Straight Male Editor in Chief
Says the offended lesbian:  "This was literary fiction, not porn. But these are young guys, who are apparently easily excitable. Ultimately they published the story, but probably because they didn't want an angry dyke on their hands!  (Or else because it was a good story, but who knows?)"
Posted by Writer, Rejected at 7:36 AM

Gee, any chance of posting the story? :)