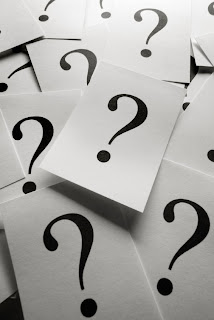 A great question came in from the anonymice peanut gallery. This one will probably rile up the agents, but what the heck. We already stirred up some editors. Let's see what you all think.

"I'm feeling quite anxious and I have a request for you, WR.

Been a while since anyone has had any good agent gossip but some time back there was a discussion about how no agents today were like Binky Urban or The Jackal Andrew Wylie or even tried to be like them. Cynic that I am, I (alas) have to agree with that sentiment. I feel that "serious" writers are basically SOL right now.

So if you're soliciting another Ask LROD, I would like to know: who are the best serious literary agents out there now (under 65, please, but preferably under 50)? Any up-and-comers worthy of note, agents who wouldn't be caught dead peddling the above tomes? Or are all agents (especially the young ones) basically incompetent, rude idiots now, too?"
Posted by Writer, Rejected at 10:38 AM

Email ThisBlogThis!Share to TwitterShare to FacebookShare to Pinterest
Labels alas, question of the month

Interesting premise: that the time of "superstar" agents representing the best of the "hot young literary talents" is past.

This is an explosive claim. Can we test it? I can think of a few agents who have more than one high-caliber client ... Eric Simonoff (Douglas Coupland, Jhumpa Lahiri), Susan Golomb (Marisha Pessl, Jonathan Franzen), Kim Witherspoon (Anthony Bourdain, Robert Olen Butler), Bonnie Nadell (David Foster Wallace, Richard North Patterson) ... but as a rule, all the agents I'm coming up with are very old guard ... agents of the '90s, who were considered "hot" back 10-20 years ago, are now old (50+) and probably thinking about retirement themselves. As for the new breed, I've never heard of one of these agents trying to be another Binky, or have a goal of building a Wylie-caliber list. Does anyone even talk like that? It seems to me that it's been a long, long time since industry articles made references to "Binky" in that way, the Writers Digest articles with lines about what to do "when Binky calls." Is she even still working? You never hear much about ICM for that matter, but I did take notice a few years back when Sloan Harris said he hasn't sold magazine articles for clients in years (i.e., the short story market is dead). Harriet Wasserman retired last year, another of the old, old guard. You don't hear much of the old, traditionally "literary" agencies (Harold Ober Associates, Russel and Volkening to name a few).

The agents who have been filling in the place of these old guard "super" agents? Mostly content with selling non-traditional books and gimmicks, chick lit and the "handjob how-to books" the poster mentioned. From what I hear, most deals start and end in e-mail now, no lunching at Michael's. I also hear the new breed of agents are notoriously poor letter writers. (Another reason why your query better be good; they'll need something to cut and paste for their own pitch package.) More than one editor has noted the lack of "common courtesy" now (i.e., they don't seem to hold to old notions of "manners" or "politeness").

To summarize, I would have to say this is yet another symptom of what this blog has been driving home for months: literary fiction is dead. It's now a boutique industry of one-hit wonders, gimmicks, and forgettable books. That no one is reading anyway.

Remember when we knew that Binky Urban wore size 4 jeans? It was an article in New York Magazine!

I basically think that there are no celebrity agents any more because there are only celebrity-celebrities. Now, we care about the pant size of Paris Hilton and J.Lo and Angelina.

There are some fine agents out there: Noah Lukeman, Elise Cheney, Dorian Karchmar, Julie Baer, Nat Sobel (oh, but he's an older gentleman...).

Stay away from Richard Abate at ICM!

Yeah, but how about the young, hungry, "edgy" ones who will give lowly writers with a couple of publishing credits and a few lit awards the time of day?

Yes, but answer the relevant question. Who has the smallest pant size: Paris, JLo, or Angelina? Winner gets a book published.

The comment about celebrity above, wow. I hope you're wrong. But I can't deny it: there aren't any celebrity-agents anymore, no more celebrity-editors and very, very few celebrity-authors. I guess the whole struggle is how to change this. What can a few lost souls on the Internet accomplish towards that, anything?

I'd hardly include Noah Lukeman on any list of excellent literary agents. He appears to spend all his time writing and promoting his own books. And doing much of his promotion in his rejection letters to would-be authors.

How to change this?

1. Go to where the readers are. Publish on facebook. (Yuck. Shoot me first).

2. Stop hiding behind the Anonymous Cartel and put your name where your beliefs are. That actually goes for me too.

3. Stop whining and send out your fifty of your stories at a time to unpaid journals, so what, most writers did other paid work before getting famous, stop whining like a bunch of babies (oh, wait, then this blog would have no point).

4. Start your own small presses. Publish your own books. The technology today makes it incredibly easy. So it's not a best seller, but it's yours and it's out there.

5. Leave comments like this so everyone can get totally pissed off at you and tell you never to leave another comment here again. Or worse. They get the Anonymous Hit Men out.

Anons: I don't know that celebrity is actually the goal. Remember when writers were esteemed for their bravery and intelligence, or for saying what nobody else would say (and I don't mean a book of words for sex)?

Gloria: You can come always come here and leave your comments.

As for agencies that still have the "old guard" patina of being literary, respectable, and representing only quality books, I think the Aaron Priest Literary Agency is an excellent example. That would be a dream agency for me, as well as a lot of other authors, I imagine. Anyone agree? Or have other similar agencies in mind?

Any of the agents at Sterling Lord would be a great catch. And how about Leigh Feldman for fiction? She's nice.

Doesn't the whole notion that an agent is a must play into the same issue of "who you know," though? Steve Almond, whether you like his writing or not, seems to have done pretty well as an unagented writer... (pretty good article on his site about his agent experiences here).

Steve Almond has an agent and has had one for years. He also has an MFA but tries extra hard to downplay that, too. But the facts remain. Gonnegtions.

So. No one has been able to come up with a Binky/Wylie among the new breed, not even close. Today's agents are of a different mindset altogether. Richard Abate is actually one of the better ones, but still no Andrew Wylie.


"Remember when writers were esteemed for their bravery and intelligence, or for saying what nobody else would say (and I don't mean a book of words for sex)?"

But ... bravery and intelligence, and saying what nobody else would say -- who's buying *that*? Who's interested in representing/editing/publishing that?

Too busy reading about Brittney Spears to answer these questions....I'll get back to you later.