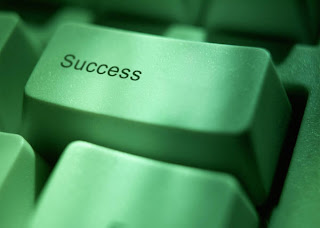 Or How to Succeed as A Writer:
Posted by Writer, Rejected at 3:57 PM

Sloane what's-her-name? Nope, no talent. Not much of a looker either.

Sloane Crosley is the best writer in the world. Her talent is huge. And that comes from the heart of my bottom. My large white bottom.

One of Crosley's essays is about how charmed her life is, and how much New York City loves her: every time she loses her wallet it's returned to her. Maybe the essay gets better in the end, but I couldn't finish it because I vomited on it.

Get an MBA and become the best Memo-Writer in your corporation.

Everyone, I know everyone hates a girl who's done well for herself. Hell, everyone hates a girl. But let me point out that there are more heinous crimes than being Sloane Crossley, and that three out of five of these choices are of the male persuasion. Let's spread the hate all over, shall we? That way, everyone gets their share.

No anti-woman sentiment intended. The point here is that good writing is not what makes you successful: connections or gimmicks do. Listen, in this world of male-dominated writers, more power to the women who break through. I mean that from my heart.

Her essays are amazingly funny/smart/womanly. she deserves her success, have you read the one about her first boss? i saw TWO people reading them in public this week. Sorry to be late in the game but just stumbled across this very bitter site...