Write Your Own Rejection 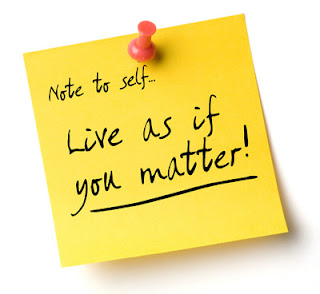 Since we live in an age that blurs reality with fiction, why shouldn't we write our own rejections? One incredibly creative rejected writer did just that, sent in his own invented rejection. Here it is:

Do you know what kind of letter of rejection I would get from Gaston – remember -- Gaston the near-sighted editor in Aunt Rachel’s Fur who rejected the noodle novels – do you know what kind of rejection letter I would get from him if I were to submit [title of novel] to les éditions de l’Amour Fou?
This is what Gaston would write :
Dear Sir,
Though we recognize your talent as a story-teller, and appreciate the humor and the style of your writing, we cannot take a risk with this book because we cannot determine in which category of books it should be marketed. It does not appear to be a novel since the main characters are in fact yourself and your wife. And yet it cannot be classified as an autobiography since there are so many fictional elements in it. Nor could it be considered a travelogue because of the lack of geographical precision. Moreover we cannot consider it as work of history because of the dubious historical references. We doubt that even though the language is at time poetic we could present this book as a long poem.

Finally we feel that this book in comparison with the other book you submitted to us which unfortunately we did not accept because of its obsession with noodles that this one is not postmodern enough. In fact that is really the primary reason that we are returning your manuscript to you. We feel that [title of novel] is too traditional and too realistic. That it is on your part a retreat from the experimental work you have done so courageously until now without ever compromising your work. In this sense [title of novel] may appear to your readers as a regression. As a failure.
Yours sadly,
Gaston Le Myope
P.S. We forgot to mention that another reason for not taking the risk with this book is its obvious lack of respect on the part of the author for his native country and its inhabitants.

If Norman Mailer could write his own obituary decades before his death, then it is encumbent upon us to write our own rejections. Have at it, friends. What would yours say?
Posted by Writer, Rejected at 8:24 AM

You are a beautiful child of God, who deserves to be in book stores (as long as they last). The fact that you were able to take the boring life of a paper-pusher and turn it into poetry is beyond belief. Your grasp of the modern human condition and the harrowing office dynamic is boundless and what you've written here is nothing short of brilliant.

I am certain that someone better than I will come along and discover you, putting you in the spotlight and the library for all times. It can't be me because I must go now and finish lunch. But suffice it to say that I wish you all the publishing luck in the world.

Dear Wanna-be-author:
It was astonishing to read such a fine novel reminiscent of Dostoevsky, Kafka, Hemingway and Faulkner. You are clearly a genius. However, given that you are lacking an MFA, we cannot accept your piece de resistance. Loser.

Sincerely Yours,
The Brothers Karamazov

Dear Writer: Please have dinner with me. You are a fascinating human being and an amazing writer. I can't publish you, but I can wine and dine you. Let's take a chance and see where we can go together.

How about: "With that attitude, darling, you'd have more luck as a rock star?"