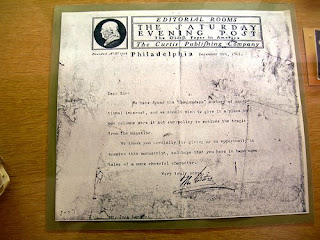 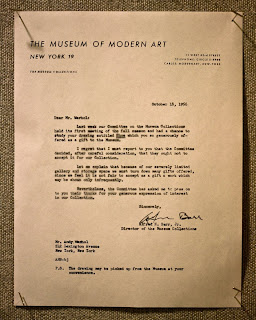 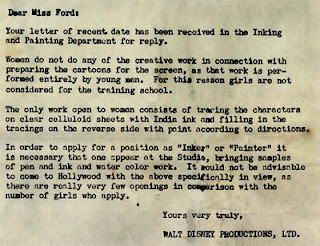 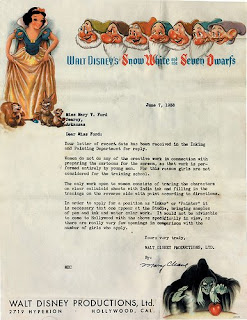 Just wanted to share a bit of rejection history with you.
The Saturday Evening Post eventually went out of business, and I'm sure MOMA was later sorry to have turned down Andy Warhol's drawing.  As for Ms. Ford, she became a well respected illustrator for Disney during World War II when many women became acceptable for positions previously closed-off to them because the men went off to war.  (Just goes to show that a rejection is not necessarily the end of the story.)
Posted by Writer, Rejected at 8:31 AM

That Disney rejection is appalling. Sad that Ford (and many many other women) had WW2 to thank for their jobs.