Eyeshot Eyeroll (Or, How to Overwrite A Rejection) 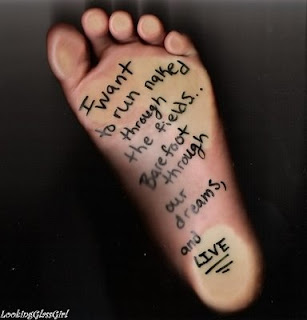 An anonymous writer has words to say about the journal Eyeshot.  Says he:  "For those that don't know, part of the fun of submitting to eyeshot is the rejection. (Actually, that's the only part of the fun I know so far!!)"

Here's the rejection from editor Lee Klein: "Man submits story. Editor reads it. Man wrote sentences. Short ones. Editor likes long ones. Or short ones. If they are about. Eating out menstruating she-lions. Through specially designed dreamcatchers. But sentences are about same-old stupid fighting. Man and woman fighting. Editor does not know why Man would think Editor or anyone would post this? Editor wonders if Man thinks this sort of thing. Is syntaxically interesting? More interesting formally than interesting content? Or good prose? With syntax that disappears to generously reveal images for a reader? Editor sighs. Man sighs. Editor says good luck. Man wants to say, Eat a dick. Man says nothing. Man does not cry. Man reconsiders. Man reads Tolstoy and understands. Editor makes broccoli and yams. Then writes till the 76ers and Yanks games come on! Woohoo!"

You can't see me right now, but I'm rolling my eyes at how bad this rejection is.  The writing makes me want to throw myself under a bus.
Posted by Writer, Rejected at 4:09 PM

Email ThisBlogThis!Share to TwitterShare to FacebookShare to Pinterest
Labels annoying

I love this one! And hey, it's personalized.

This rejection is clearly written by someone who wanted to write professionally too, but settled for writing gimmicky rejection letters to pay the bills.

Methinks Lee was writing the rejection in the same style as the story he was rejecting. As a writer, I used to love getting Lee's rejections. They were always entertaining and always incredibly quick.

dave's right... my story was short and choppy. i loved the rejection, just thought i'd share. got no problem with lee, seems like an alright guy who definitely has better writing credentials than me.

My friend, for thine eye-rollin, eat a form-letter dick. I was impersonating the submission's style - LK

My friend, for thine eye-rollin, eat a form-letter dick. I was impersonating the submission's style - LK

Isn't it more insulting to both reject a story and imitate it while you are rejecting it? Seems kind of disrespectful to me, though I will concede to being easily offended.

Also, "eat dick" (not to mention "eat form-letter dick") is really just plain unnecessary. Even if the original writer wrote that phrase, it's sometimes good to let sleeping dicks lie.

After much careful consideration, I apologize for having to reject your rejection of my rejection - LK