Books Are Not Dead! 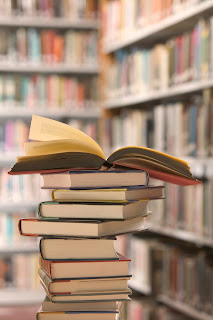 Thank you, Timothy Egan, for offering a tiny glimmer of hope about books over at the New York Times Blog Outposts. Here are some memorable paragraphs:

"For most of my lifetime, I’ve heard that reading is dead. In that time, disco has died, drive-in movies have nearly died, and something called The Clapper has come and gone through bedrooms across the nation. But reading? This year, about 400 million books will be sold in the United States. Overall, business is up 1 percent — not bad, in a rough economy, for a $15 billion industry still populated by people whose idea of how to sell books dates to Bartleby the Scrivener."
...Last year, a survey for the Associated Press found that...27 percent [of Americans] had not read a book lately, which means nearly three-in-four have read a book....Most companies would kill for a market like that – more than one-fourth of the world’s biggest consumer market buying 15 or more of its items a year. And half the population bought nearly 6 books a year."
It's an amazingly optimistic article that everyone in the book biz should read.
Posted by Writer, Rejected at 6:52 PM

Email ThisBlogThis!Share to TwitterShare to FacebookShare to Pinterest
Labels exemplary, the death of fiction