"Difficult to Sell" is in the Eye of the Beholder 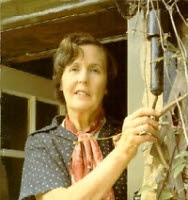 Barbara Pym was told in a 1963 rejection that books like hers, "despite their qualities, are getting increasingly difficult to sell." Sounds like typical rejection-speak to me, which has been going on for decades.

Notably, the rejection was for Pym's book An Unsuitable Attachment which was the first of her novels to be rejected by publishers after she'd become established as a published author. The book was considered too "old fashioned." It was published in 1982 after her death.
Posted by Writer, Rejected at 9:48 AM

you really gave me a crummy start for the day.


i am an established, published author. wrote a novel that is a new direction for me, it's what i have to do. but it was rejected many times by agents in the past 14 months. most of them said it was "well-written" but they thought it was "too old-fashioned." and yes i have several rejections with the exact verbiage. Here's my ICM letter: "despite its many qualities, I'm afraid that in today's marketplace, a book like TITLE is increasingly difficult to sell."

whose eye? which beholder?

Well, you wouldn't walk down the street wearing Pilgrim garb or even a poodle skirt, now would you?

Get with the times!

It probably was too old fashioned. But so are hoardes of readers. Compared to what? Designer fashion runways?

Yeah, don't be like that second anon with the non-applicable fashion/novel analogy that kicks a dude when s/he's down.

Let's shoot for some writerly support for first anonymous, whose boat many of us are in.

I think that a lot of the original, creative voices are being published outside of the mainstream these days: small presses, academic presses, and that posterity will be our judge, as TIV asserts.

Sorry, I didn't know this was a support blog. I thought it was a snark blog.

If the writer wants to play the big money game, it's disingenuous to complain about the big money rules (ICM only takes on books that they think will get a big advance).

I say this as writer rejected by ICM myself, quite rudely, in fact. I'd send you the rejection but it was on the phone.

I don't think this was ever a snark blog - it has too much soul and kindness for that.

all i can say is that i appreciate your supportive sentiments, all. thanks.

anon 3, to clarify, i didn't get into this wanting to make a lot of money. i don't think barbara pym did, either. i make almost nothing right now, even though i have some things published and a "name" to work with. i submitted to ICM because i was under the impression that they're the best. aren't they among the best? i grew up loving their brat pack authors.

if it matters (probably not), i thought (still think) my novel is fine, but admit that it's very old fashioned in many ways. it's not in style at all. it's not like a decadent 80's brat pack novel, either. and ICM, alas, isn't looking for such a work. but what if such a work were promoted heavily by a publisher, and put out there in the public eye? i like to think that there would be some interest. it would be *different*, for sure. ICM apparently doesn't get that this book might actually be very *new*-fashioned in many ways -- especially for how it lacks the decadent outlook that almost everything out there has and how the style differs so much from all the current vogues.

maybe i need to draw attention away from my poodle skirts and flannery o'connor glasses and tell these agents that what i have is actually so completely fresh and new that it's going to be all the rage in two years, i dunno.

I'll confess: ICM rejected my work because, they said, they didn't know how to sell it. "We love it," they said, "but how are we to market it?" Another way of saying it's not the Current Thing. They may be the "best" but in our culture, that means richest. So, in spite of my snark, I am in the same boat as you and I sympathize.

My solution is to snub ICM in return. Hell, they know more about making money than I do, clearly. Lookit my raggedy jeans! I guess you have to decide: art, or money?